Equal Dignity of all Men and Charity as a Mission

The basic values of Christianity are love for God and love for your neighbors. Christians are commanded by Jesus Christ to love their enemies and pray for them.

Equal Dignity of all Men and Charity as a Mission

The basic values of Christianity are love for God and love for your neighbors. Jesus Christ made it clear that the “neighbor” you have to love can be anybody – even somebody from another family, country, culture, or religion. Christians are commanded by Jesus Christ to love their enemies and pray for them. Jesus Christ especially showed solidarity with the poor and suffering. This means that Christians are obliged to help others actively, especially the marginalised, the lonely, the poor. In Christian Europe, many important institutions have developed from this commandment over time, for example, Christian religious communities founded the first major hospitals, houses for poor and hospices for dying people – thereby laying the basis for oursocial and healthcare systems. The first schools that taught not only the children of the rich, but also of the poor, were ecclesiastical schools.

Christian Europe, too, has a regrettable history of religiously motivated violence and persecution. Nowadays, however, all Christian churches stand up to their true heritage: making peace instead of using violence, forgiving instead of taking revenge, giving others freedom instead of forcing them. 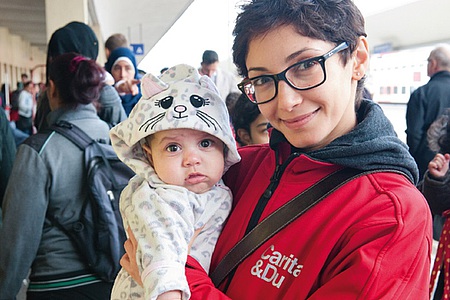 These values, especially the combination of personal freedom and respect for the dignity of all men, shape our nation and society. Everyone in Austria is free to choose his religion or change it – and Austria respectscthe right of all people to freely exercise their religion and to raise their children according to their faith. In this way, a friendly climate between the religions can be fostered.

Christianity considers civil law and religious commandments to be two distinct fields. In public life, the former has precedence over the latter. Therefore, the state of Austria even allows forms of cohabitation that are not in line with Christian values.

Having equal dignity, men and women are partners of equal value. So there is no marriage against the will of one of them. No man must exercise violence against a woman, which also includes his wife. Along the same line of thought, violence against children is illegal. Women have equal rights to men; in education, career choice or political engagement.

more articles of the brochure